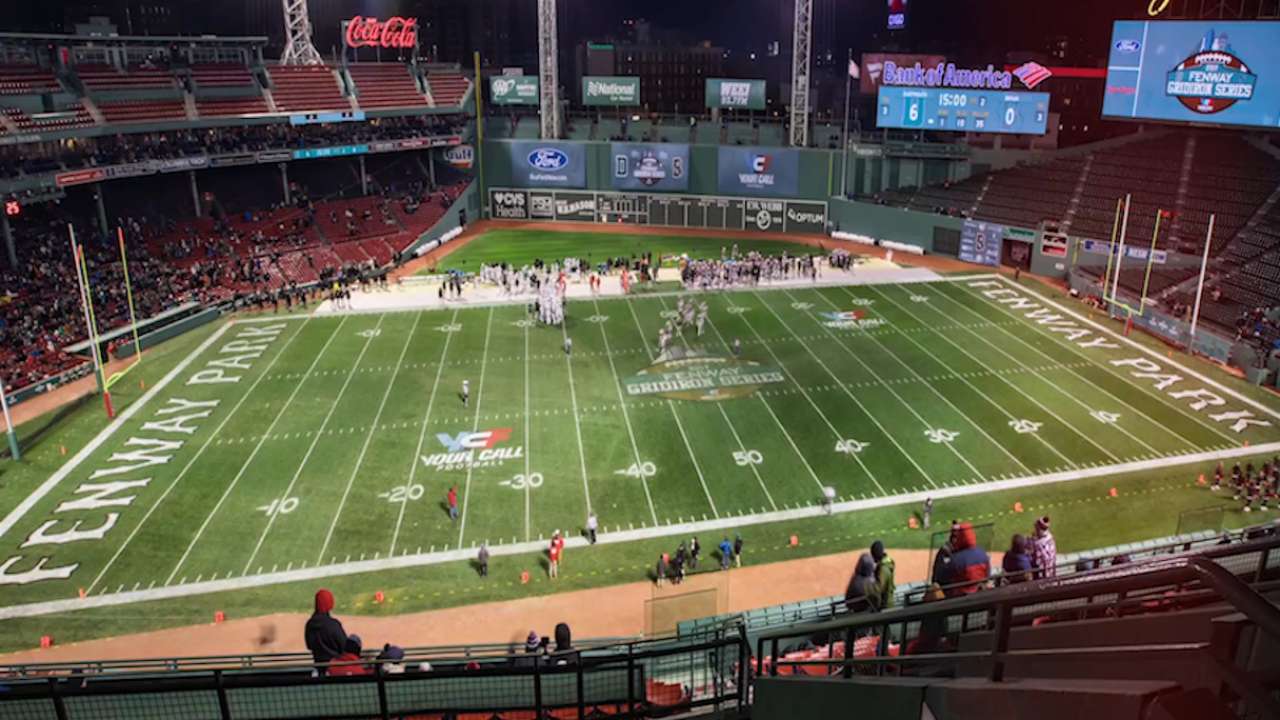 So welcome to the party Red Sox. Now let's get back to winning bowl games.
Posted by ATL_eagle at 4/30/2019 No comments:

The good news for BC is that two more players were drafted on the second day of the NFL Draft. The unfortunate news is that both were in the 3rd Round instead of the 2nd. But both highlight how expectations and fortunes change based on a player's history and NFL team needs.

A year ago most thought Zach Allen would be a first round draft pick. He followed with a strong enough Senior Season to keep him in the discussion. However, his draft process did not help his cause. Whether it was his measurables or concerns about being too slow for DE but too small for DT, Allen fell out of the first round. Then out of the second. Finally the Cardinals took him and may end up with a steal. Allen did grade out very high for his actual game play. But aside from the contract, none of it really matters. What matters is that Allen gets his shot and is in the NFL. He will have plenty of chances to make those that passed on him regret it.

The Lions selected Will Harris in the 3rd round too. The most interesting thing about his selection to me is that Lions DC Paul Pasqualoni finally got a BC guy on his team. I have been shocked and disappointed that Coach P didn't take any BC guys last year (especially when Landry was there) and then this year passed on Allen. He was their position coach and more than anything should know what they are capable of doing in the NFL. Taking Harris is an endorsement of BC and hopefully a sign that he was going to bat for his former players and was just being overruled.
Posted by ATL_eagle at 4/26/2019 No comments: 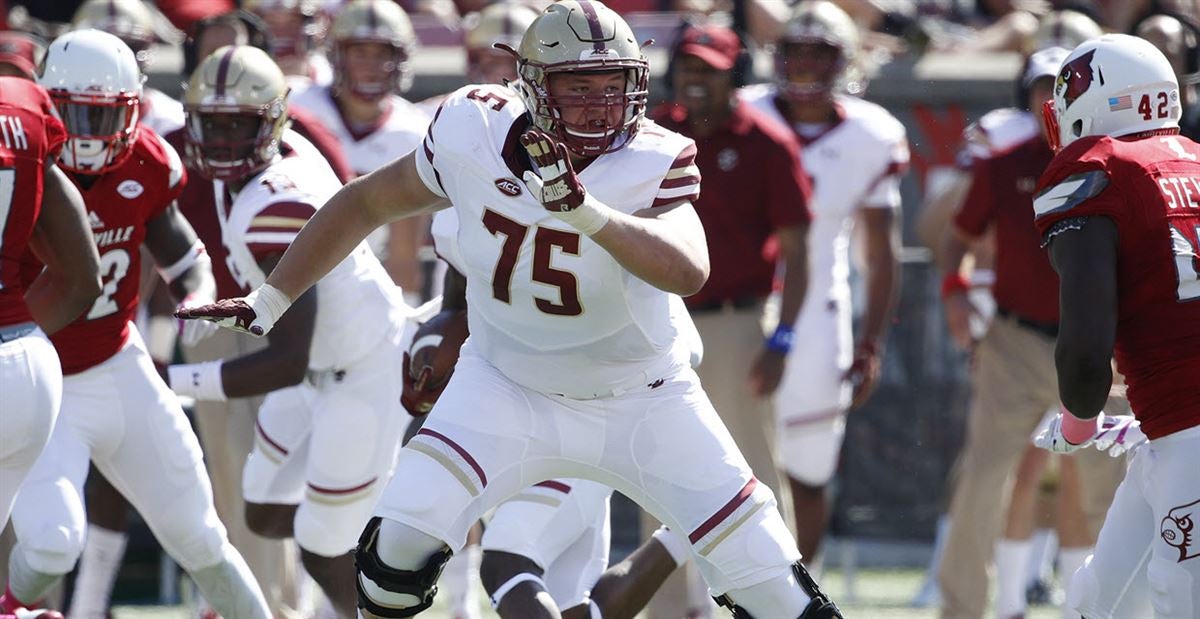 Congrats to Lindstrom. Congrats to the BC staff for getting him here. Go BC. Go Falcons.
Posted by ATL_eagle at 4/25/2019 No comments:

Lessons for BC from the UVA win

Like Clemson in Football, UVA's basketball win is a reminder that BC is in the right conference and championship success is possible. You could argue that UVA's basketball history is superior to BC's (I would disagree) but they were a traditionally underachieving/middle of the pack ACC team when Bennett was hired. (Bennett was only hired one year before we hired Donahue.) We are not that far off. Here are some lessons from UVA.

Invest in facilities
Before they hired Bennett, UVA built a state of the art arena for basketball. BC doesn't need to duplicate John Paul Jones Arena's capacity, but could and should duplicate all the bells and whistles and of course practice venues and locker rooms.

Find the right coach who has the right system
Bennett's critics would argue he is all system (his dad's pack line D), but it has served him well at two Power 5 stops. His teams are always among the best defenses in college basketball. When things were at their best at BC -- Davis, Williams, Skinner -- we had a clear system in one of both ends of the court.  The benefit of having something, anything that you can turn to (2-3, flex, packline, havoc) is that you can plug in players year to year and you focus on executing instead of just trying to match your opponent possession to possession. If you are at a talent disadvantage a system can be an equalizer. With the right coach, superior talent and the right system, you can blow most of your opponents away.

You need good recruits, but not the best
This is a good summation of how both Virginia and Texas Tech did this without elite recruits. With one and dones on the way out, finding the right guys and developing them is going to become all that more important.

We've seen Clemson down. We've seen UVA down. Now both are on top. That should motivate and inspire BC fans and hopefully BC leadership.
Posted by ATL_eagle at 4/08/2019 No comments:

I know plenty of you don't know or care about professional wrestling. That doesn't matter. What you need to know is that at the biggest wrestling event of the year -- Wrestlemania -- a BC guy -- Kofi Kingston -- won the WWE Championship.

Pro wrestling is not a real sport, but becoming champion is about hard work, charisma, athleticism, and getting people to believe in you. Kofi put in many years and represents himself, Boston College and the WWE with passion, integrity and humor. Congrats to him on reaching his goal. Ever to excel.
Posted by ATL_eagle at 4/07/2019 No comments:

What to make of the Spring Game

BC held its annual Jay McGillis Spring Game Saturday. I think we all know we can't read much if anything into the game. Throw in the Offense vs Defense, injury holdouts, and no tackling format and the value becomes even more questionable. So it begs the question, why doesn't BC do more to turn it into a truly unique event? Here are just a few ideas:

Instead of playing in a nearly empty Alumni, why not move it into the Field House. Fans can feel closer. Recruits will see our best facility and it will feel more intimate.

Allow select fans to call plays or be in the huddle or on a head set.

I understand this is a nice day for the fans and kids who do attend, but at what point does BC try to make it a bigger event? That's not going to happen with the current style of football or the unique game set up. It will have to be by making the game more desirable to fans and a clearly separate experience from the typical Alumni game.

As for Saturday's actual game, the highlights are above.
Posted by ATL_eagle at 4/06/2019 No comments: After BC's season fizzled out, some speculated that Ky Bowman might return in an effort to improve his standing among NBA scouts. Obviously he felt that leaving now made the most sense. While some disagree with me, I think Bowman's departure seals Jim Christian's fate at BC.

The only good news for Christian is that BC's little depth is on the perimeter. Some combination of Tabbs and the incoming freshmen will be able to backfill Bowman's minutes and some of his productivity. What is unknown and in my opinion unlikely, is that any will command enough attention to change what the other team does. Bowman had some off nights, but every time he had the ball, he shifted what the other team would and could do defensively. That opened things up for others and when needed, Bowman could just keep the ball and get off a decent shot.

And yet even with someone as skilled and respected as Bowman, Christian couldn't piece together a winning season. How will he now with less experience and arguably less talent? Maybe Pop's D improves...maybe Tabbs takes a huge leap and stays healthy...maybe one of the new guys proves to be great. But here we are again hoping that everything breaks Christian's way in order for BC to have a competitive season. Hoping is not how you build an ACC program.

Ironically Bowman's saga at BC can be seen as an indictment against Jim Christian's ability to run an elite basketball program. Finding Bowman deep in the heart of ACC country is the type of skill a staff at BC needs. We need to find guys others overlook and turn them into stars. The diamonds in the rough concept was the foundation of Skinner's best days and was critical to some of BC's best teams in the '70s and early '80s. But finding those guys is only Step 1. A truly successful coach would find those types and then actual build a roster and a program around them. Christian has shown he is missing that skill.
Posted by ATL_eagle at 4/03/2019 No comments:

Last year when Ky Bowman entered the NBA Draft, he didn't hire an agent so that he could come back to BC for his junior year. This year, he left no wiggle room. He has an agent and will not play college basketball again.

I wish Bowman nothing but the best of luck. He has been one of the few bright spots in a frustrating decade of BC Basketball. It looks like the NBA remains a long shot, but maybe he will impress through his workout process. He will have professional options somewhere.
Posted by ATL_eagle at 4/02/2019 No comments: