The little things only matter if you lose 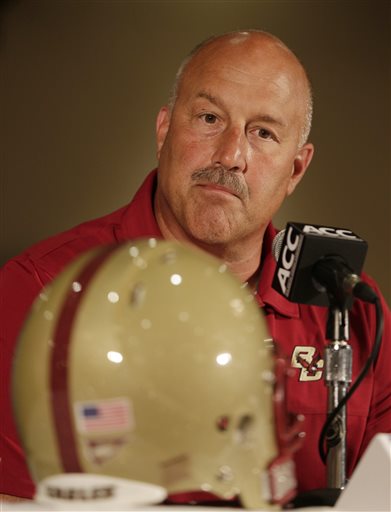 I've had two offline conversations over the past week about Addazio's changes. One was the much talked about names on the jerseys. The other was about the new limitations on player interactions with the media. Both are signs of Addazio putting his stamp on the program. Coaches love to do these sorts of things. The only team I've ever coached was a bunch of five-year-olds playing soccer but I know enough about sports to say that none of these little things really matter.

Coaches at this level tend to be planners and guys who work a plan. They did what they were told on the way up the ladder and outworked most of their colleagues. There was some sort of blueprint at each stage and they followed it. However, the best coaches are the guys who take bits and pieces from their rise and combine those pieces in some sort of unique fashion. But what it all comes down to at the highest level is getting the best players and giving them the best schemes and gameplans.

I think Addazio understands that talent/scheme combination. Why else has he put such an emphasis on recruiting? And he also empowered two unique and potentially great coordinators. All the other things like names or interviews or a clean lockerroom are window dressing. He may be trying to establish a "culture" but that culture is going to come from wins and losses, how he leads his staff, and of course the players he recruits. There is a lot of self-selection in recruiting. Players recruit other players and recruits seek out places where they are comfortable and fit.

Addazio can keep making little changes. It gives everyone something to talk about. But ultimately all these little things will just be footnote to his time at BC. Winning is the big thing.
Posted by ATL_eagle at 8/13/2013

Rivals.com has a ranking on 2014 recruiting. BC is ranked #24 nationally and #6 in the ACC. Still lookin' good as the clock "drips" toward Villanova. I would say that it is important to not notch up a W before they take the field against a very good Wildcat team.

There's a lot to be said for "Tone at the Top" when you're trying to turn an organization around. Individual tangible changes may seem small, but they can add up to significant culture change, and that absolutely has an impact on the field, for better or worse. We just lived through worse, and now I think we're at the start of better.