I don't know if BC will fire Jim Christian. I think they should, but the point of these coaching profiles is "where does BC go from here?" and "who is the right guy for the program?" Part 1: Howard Eisley.

There is only one major conference program that would hire Howard Eisley as their Head Coach this season and that's Boston College. That is both a problem and an opportunity.

No one else will hire Eisley this year for some simple reasons like he has only been a college assistant one season, has no head coaching experience at any level and is rather anonymous to the media and casual fans.

BC would hire Eisley because he is a well-regarded alumni from a very successful era of BC Basketball, he would be something different after giving the job to a series of mid-major coaches, and he is respected among basketball people. It doesn't hurt that his son is a highly touted 8th-grader, so he is familiar with the AAU circuit, process and network, which would help in recruiting.

If anything, the model for hiring Eisley would be his current boss at Michigan, Juwan Howard. Howard had no prior head coaching experience and no prior recruiting experience. There are some notably differences too. Howard took over a much more stable situation at Michigan and was a more accomplished assistant in the NBA (Howard was known as Miami's big man coach and defensive expert). Howard's higher profile in the sport and among Michigan fans made the transition less controversial.

Eisley is not the way I would go now. Like any blank slate, he has great potential. But the program is in such a delicate spot, I would hate to see it continue to stumble. If we were to go the Eisley route, he would have to emulate one of Juwan Howard's critical steps -- bringing along an experienced head coach (Howard hired Phil Martelli). I don't know who that guy would be for Eisley, but that right hand man who has been through the process is invaluable.

Will Eisley get the job? He doesn't fit the model of other coaches hired by Jarmond, but I assume he will be interviewed. If he emerges as a real candidate, I will dive deeper into what BC Basketball would look like under Eisley.
Posted by ATL_eagle at 2/27/2020 No comments:

The underlying importance of the John Beilein talk 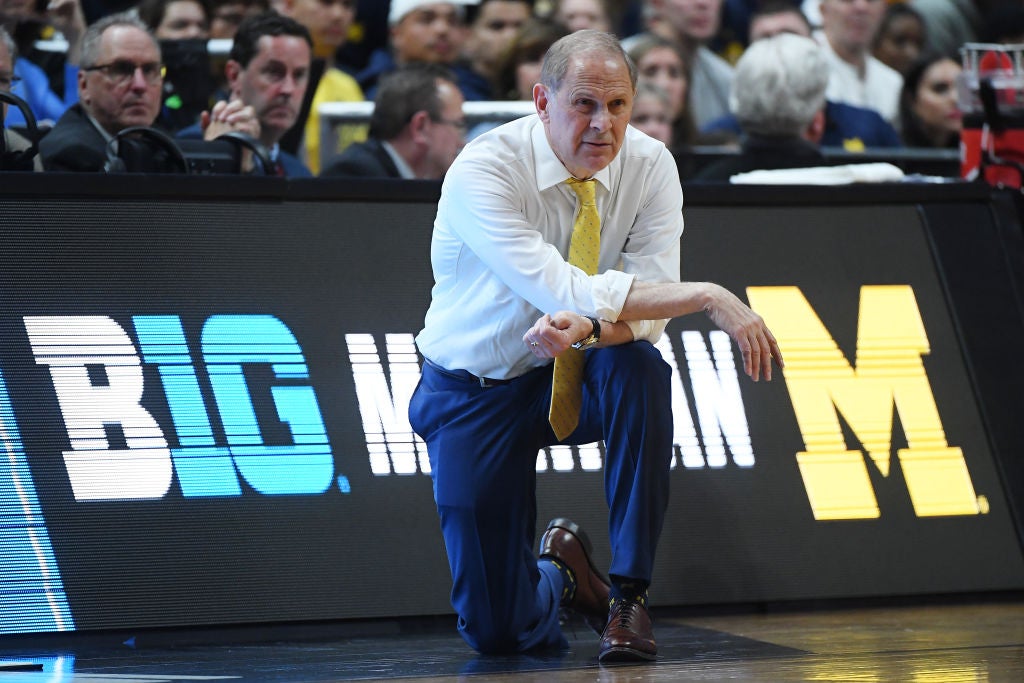 Numerous reports this week have stated that the Cleveland Cavaliers and John Beilein are working on an exit agreement. It sounds like he is quitting but also getting paid, so maybe it is more mutual than the initial "Beilein is walking away" speculation. Regardless of how it happens, the minute Beilein is free, he instantly becomes the biggest free agent in college basketball. And with his name looming comes the media list of landing spots including Texas, Indiana, Minnesota, Wake and...Boston College. Now anyone reading this probably already thinks Beilein to BC will never happen. It doesn't matter if he would consider BC or laugh it off. What matters is two fold:

1. The College Hoops media (and agents feeding them gossip) assume the BC job is coming open.
2. Outside of Texas, there are fewer great jobs certainly opening. This would be a good time for BC to make a hire since we won't be competing for our candidate with many other power programs.

I find this encouraging. I remain firmly in the fire Jim Christian camp. Even if he has a strong finish (for him) to this season, I think we've seen his best and should move on after six years. Regardless of John Beilein's availability, change is needed.

Could Beilein end up at BC? Sure. Stranger things have happened. He graduated from a Jesuit college. He supposedly prefers a program focused on development and teaching and not recruiting one and dones. BC offers access to a major conference, a decent returning roster and plenty of patience. The expectations are much lower than a Texas. If the 67 year old guy just wants to coach again, BC offers him a chance to do it away from the spotlight yet with access to media and the NCAA tournament.

Beilein doesn't fit the mold of the other hires Jarmond has made, but getting this type of coach might make him adjust. I don't know if money will be an issue. The current rumor is Beilein will get $12 million from Cleveland, so a big pay day from BC might not be needed.

There is also a chance that Beilein is done. The man is 67, left one of the best situations in his sport at Michigan and clearly wasn't enjoying coaching in the NBA. Maybe this is it.  But the fact that BC is even being connected to him is good news for frustrated BC basketball fans.
Posted by ATL_eagle at 2/18/2020 No comments:

It is not about one game

BC hung with Duke for 35 minutes and then let it slip away late. What was frustrating and tantalizing during the back and forth is that Conte was rocking and the team was getting by without playing their "A" game. But we are well past the "it was close" stage of the Jim Christian era.

I didn't post during basketball's most recent win streak. There were good games and good moments. Beating UVA and UNC -- even when they are down -- is still worth noting. I am glad for the progress, but it is not enough. When evaluating where we are and where were are going, I look at the entirety of the JC era.

I like the wins and root for the team, but I am not going to backslide on my stance. I hope BC finishes strong. I also hope that like in Football, a strong finish doesn't change the ultimate decision.
Posted by ATL_eagle at 2/04/2020 No comments: