Behind the scenes at Matt Ryan's first football camp

Although my idea of fun can be a bit different than most, I normally wouldn’t go out of my way to watch a Matt Ryan football camp. However, it was practically being held in my backyard. I figured it was worth a few minutes of my Saturday morning. I am glad I went as it was just more confirmation that Matt might be one of the best representatives BC has ever had in professional sports.

The kids spent the first part of the morning doing drills and whatnot. The camp is run by a company that hosts these sorts of things around the country. There were a variety of assistant coaches (mostly local guys) acting as counselor. Matt was joined by fellow Falcons Sam Baker and Justin Blalock. He worked the drills and then spent a little time with the media. At the midpoint of the camp the group got together and asked the pros some questions. Pretty innocent stuff (favorite player, teams they liked growing up -- the kids booed when Matt said the Eagles -- , etc). Then they broke out the groups for one-hand touch scrimmages. This was the highlight for everyone as Matt went around and spent time with each pairing, playing QB for one series then switching sides to play one more series.

His interactions weren’t as sappy sweet as one of those United Way commercials nor was he getting in kids faces like Peyton Manning in that great SNL skit. But Matt was into it. You could see his competitive spirit coming out. As a drive moved along you’d see a little more heat in his passes. When kids dropped passes, Matt would visibly react. One little kid picked him off and started running it back and Matt started chasing him down! The kids' reaction was just was funny to me. They were all into their respective scrimmages, then Matt would join them and no one seem fazed. They just adjusted to their new QB …who happened to be Rookie of the Year.

As he moved around the fields, Matt engaged whoever engaged him. If a kid wanted a word, Matt talked. As the fans asked for autographs he obliged until the camp handlers moved him along. As I said at previous events, he’s a natural at these things. Now his name is on the camp, so he should make the extra effort, but he’s always very genuine. His parents, coaches and parents should be proud as he carries himself well.

As for the miscellaneous… I saw one kid bust his glasses when he couldn’t pull in one of Matt’s passes. My wife saw another kid lose a tooth and bleed like crazy. Although Matt doesn’t have a national commercial yet, the sponsors are starting to show up for him. Old Spice, Topps, Powerade and a local Atlanta orthopedic practice were all involved in the camp. If Matt keeps playing well, I think he’ll be as ubiquitous in commercials as Peyton Manning is now.

It was just one camp and just a few hours, but I think Matt and the kids had fun. Now, he just needs to get the adult fantasy camp going… 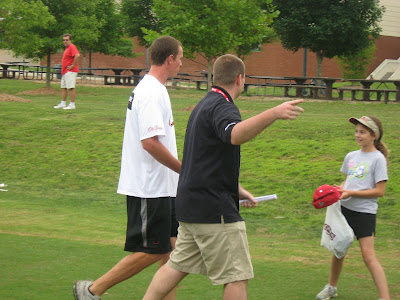 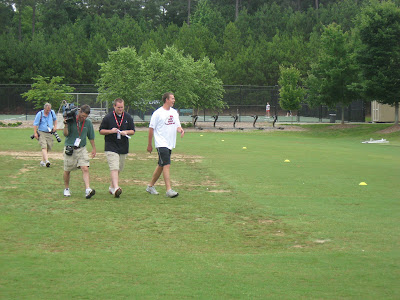 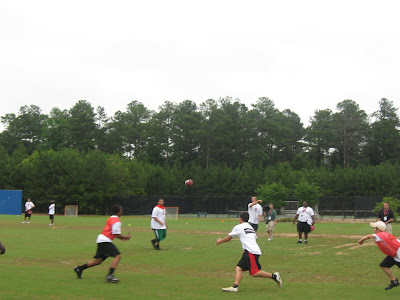 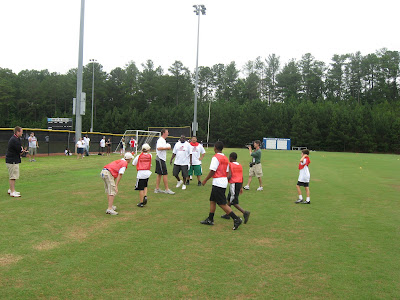 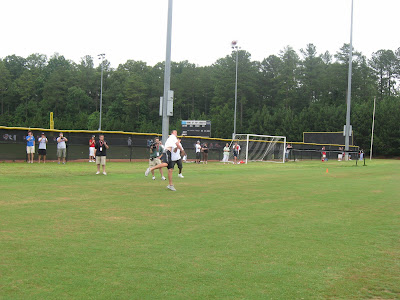 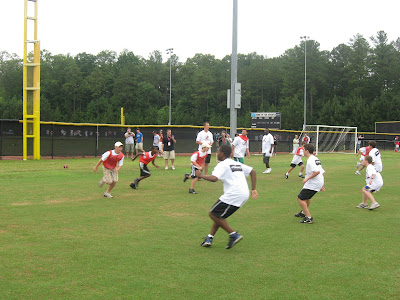 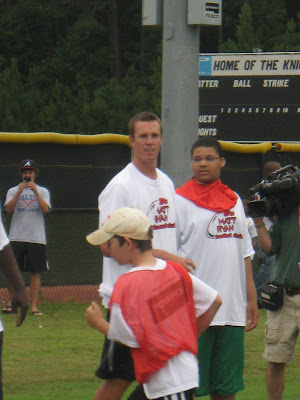 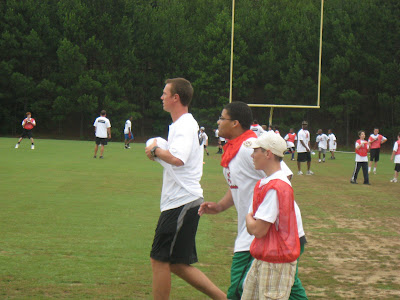 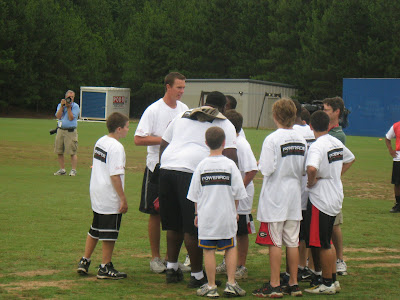 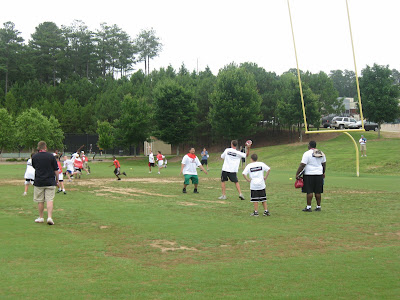 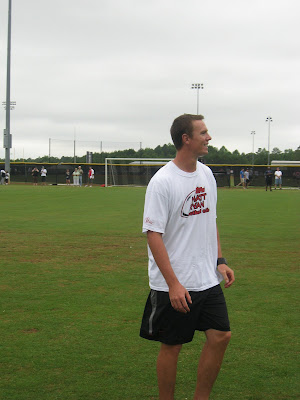 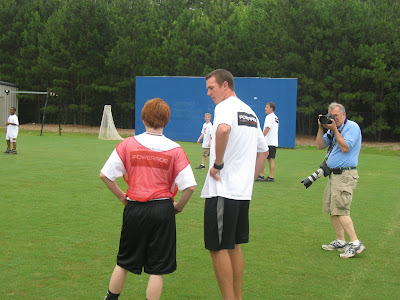 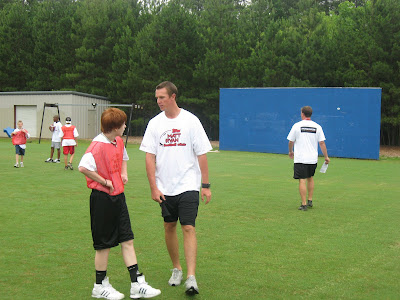 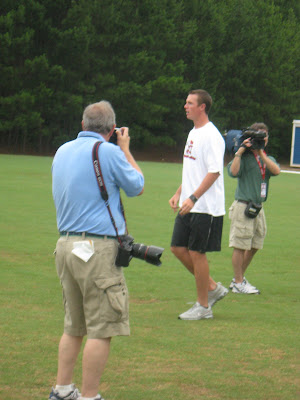 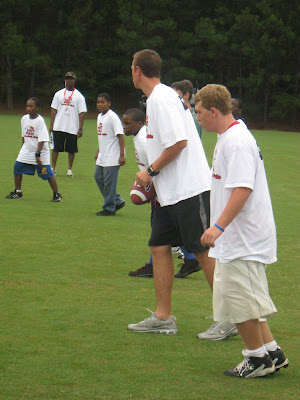 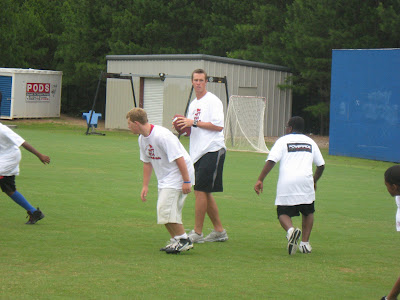 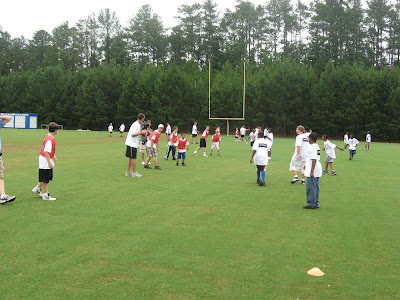 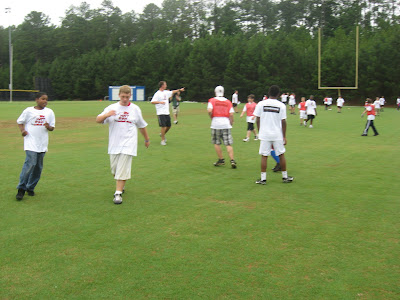 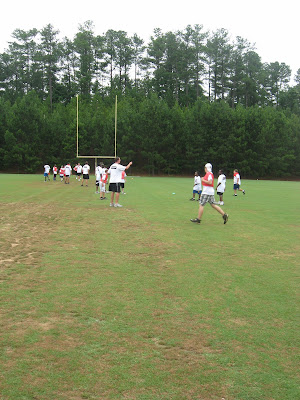 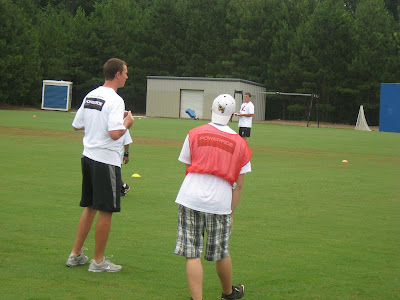 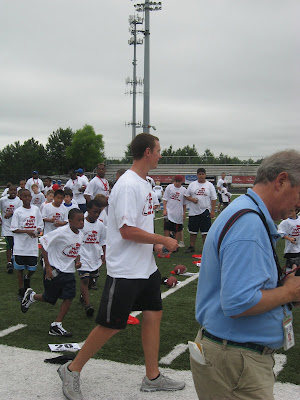 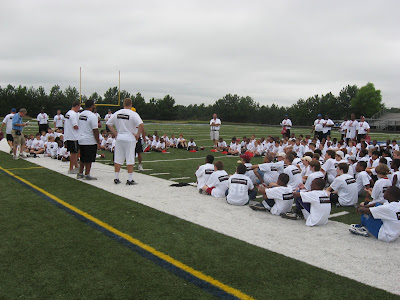 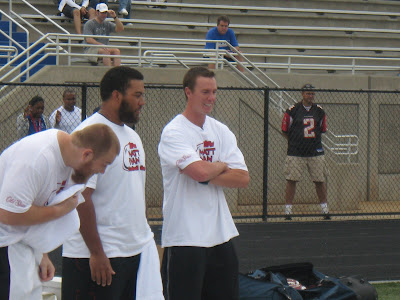 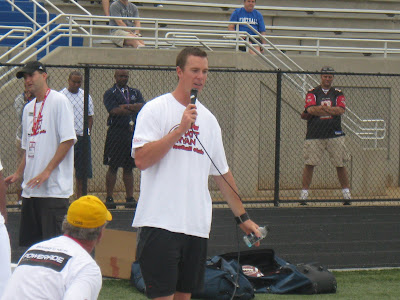 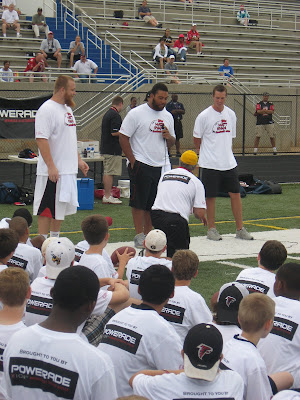 I still say you should have passed me off as your son...your son with a pituitary gland issue....

The goal posts on that practice field are HURTING.

Nice experience Matt Ryan put together. It would have been better, though, if he had located the camp ten hours away in Washington, DC. He might not have had the local assistant coaches, but he didn't need them. He could have asked the Falcons' free agent tryouts to get on a bus and ride up to DC. They would have been happy to do so, and Matt could have flown a chartered luxury jet to meet them up there. You'd get a nice experience for the youngsters there, and the rookie free agents would have had time on the bus to bond and study the playbook together. A win-win all around.