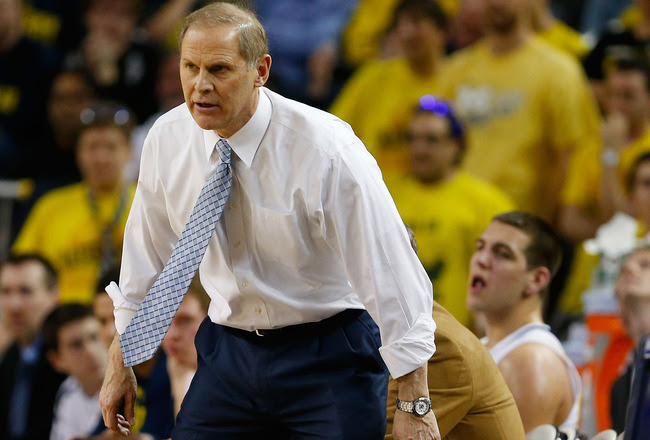 Michigan didn't win the National Championship, but their run was sort of validation of their coach John Beilein. Since BC's Steve Donahue is often compared to the Michigan coach, I thought it was a good idea to look at Beilein's success in Ann Arbor and how it might apply to what Donahue is trying to build at BC.

Players are more important than systems
During his rise Beilein was known as a system guy. But did you notice he didn't use much 1-3-1 defense this year? The former staple of his coaching was put on the back burner so his talented team could play more man defense. He also adjusted his offense for athletic players who might not be the shooters Beilein (and Donahue) traditionally relied on.

You cannot do it all
In the article linked above, Andy Katz captured how Beilein had a tendency to get lost in all the details. That's human nature for many successful people, and at times I get the sense that Donahue can be guilty of the same thing. To run a big-time program, you need to surround yourself with a good staff and then allow them to do more.

As anyone who watched BC this season knows, just because we run the same offense as Beilein doesn't make us Michigan. The offense is nice but it is only one piece. Hopefully Donahue will prove as adaptable as Beilein has and BC finally gets to the Final Four.

Unfortunately or fortunately, the only way to "win the derby" is to get the horses. Kentucky won last year with basically a freshman unit. They left and were replaced. I presume that they never went to class and are now getting paid legitimately. BC can't do that and the system will not long survive. Once CBS has killed the golden goose, they will come up with an alternative. BC is not glamorous but does it right. That is the miracle of Flutie and Gordon.