Divitto and Rettig were very busy Sunday. They did a whole round of TV and print. Both did a great job representing the school and are getting me excited about the season. Here are some of the better links from Day 1. Monday will have more on Addazio and a few features on the players.

The "dude" thing is gaining notice. I loved the way Divitto explained it. At this point you either get it or you don't.

Addazio taped some TV spots that aren't live yet, but fortunately BC's twitter account tweeted some of the highlights.

Chase Rettig gave all the right answers and conducts himself well. However, I don't get the feeling that he loves doing this sort of thing.


Here is Meter at the BC table. 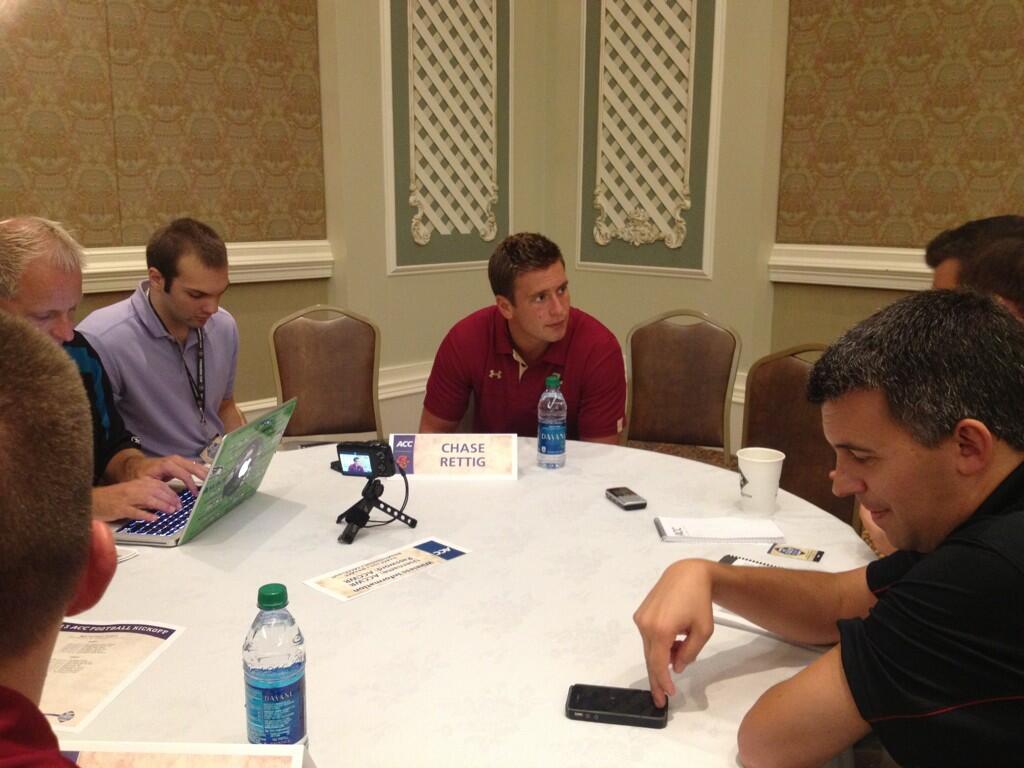 Unknown said...
This comment has been removed by the author.
6:47 AM

Is Chase the Vegas favorite to win this mornings golf tournament?

I fret that the "be a dude" thing might completely blow up in our faces when we visit USC.

Does Johnny Utah have any eligibility left?

Wouldn't the best approach for the ACC and all other conferences to take is to tell the NCAA to abolish the championship game approach and let each team play 13 regular seasons games starting the week before Labor Day. If the NCAA balks you can threaten departure. Play 11 conference games and 2 non conference. Eliminate the divisions. Play the same 10 teams each year and one of the others every three years. BC may play Duke, UNC and UVA every third year but would have a great conference schedule each year. On even years you could have 6 conference home games plus UMass and UConn at home or at Foxboro. Eight local games on even years and seven on odd. With the U, FSU, VT,GT, Clemson and Louisville your strength of schedule could get one into the playoffs.