This is the third in a series of posts on Andre Williams and the 2013 Heisman. This deals with how the voting patterns work and what Andre needs to happen. Obviously this is all contingent on BC beating Syracuse and Andre having a big day. 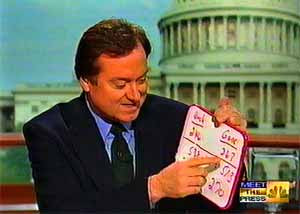 There are three sources of Heisman votes. One vote comes from the fans (which doesn't really matter). The 58 past winners also get a vote. This group is also a small block, but I think might help Andre (which I will explain in a minute). The Trophy's winner really comes down to the College Football media. And like our Electoral College, the Heisman vote is not a true popularity contest. If Williams does well enough on the most ballots, he can win.

Among the writers, there are six regions comprised of 145 voters each. The regions are not entirely representative. For example, even though there is more media in the North East and more college football writers in the South, each of those regions still only gets 145 votes. While Far West and Midwest are disproprotionally represented given their media and college football coverage. The Heisman also has a Mid Atlantic region, which includes Andre's home state of Pennsylvania and heart of ACC Country.

The other aspect of the Heisman ballot is that the voters are not asked to pick just one winner. Ballots allow for a 1st, 2nd and 3rd choice. This is especially important in year like this where there is no consensus and one leading candidate might be left off of numerous ballots.

To get a feel for how the three place balloting distributes votes, look at ESPN's Experts' Ballot. In their last straw poll Williams is second without receiving a first place vote.

Assuming BC beats Syracuse and Andre has a big day, this is what needs to happen for Williams to win:

1. He needs to sweep the North East and Mid Atlantic.
This is his home region and the area where he is most well known. As much as I think Williams can win without getting the majority of 1st place votes across the country, he still needs a strong showing from some block.
2. A lot of voters need to leave Winston entirely off the ballot.
This is where the past winners might impact things. I feel that they along with some writers will not want to reward Winston on the chance that he could still be arrested. If Winston gets many first place votes but is left off just as many ballots, he won't win.
3. Andre needs to be the clear 2nd Choice in all the other regions.
In the South some SEC homers will vote for McCarron while other ACC-inclined might vote for Winston. BC fans should not care how the votes are split, just as long as Andre gets all the second place votes.
4. The national voices need to end the season supporting Andre.
There are many voters who are just paying attention now. That is why the Williams hype is well timed. If people like ESPN and the Heisman Pundit are leading the cheering section by next week, a lot of the other votes will fall in line with the consensus.
Posted by ATL_eagle at 11/27/2013

He is getting zero play in the Midwest (Lynch is the talk here). I have to assume the West is propping up Carr. Thus, the only hope for Williams is if Manziel, McCarron and Winston split the vote in the South.

Frankly, this is all way premature until after we see what Andre does against Syracuse. Big Jack was saying Syracuse has not allowed a 100 yard rusher all season. Not sure that is true, but it does not bode well for a vote-changing performance if it is accurate.

Syracuse gives up more than 100 yards rushing per game, as they average something like 133 YPG.

However, no single runner has reached the century mark against them.

We really need to win this game for many reasons, but if we do, it's a pretty good bet that Andre will have a top-notch game.

Syracuse is one of three teams--Ohio State and Wisconsin are the other two--not to allow a 100 yard rusher this year.

They gave up almost 400 yards rushing against Ga. Tech when GT attacked the edges. Tech had a few guys blow them up. Otherwise, they've been solid. 27th out of 123 teams.

Syracuse needs this one for bowl eligibility.

Can Rettig come through?

Syracuse has only allowed 393 yards rushing at home this year.

Maryland was ranked 29th BEFORE we played them. They are now 45th.