This is getting silly 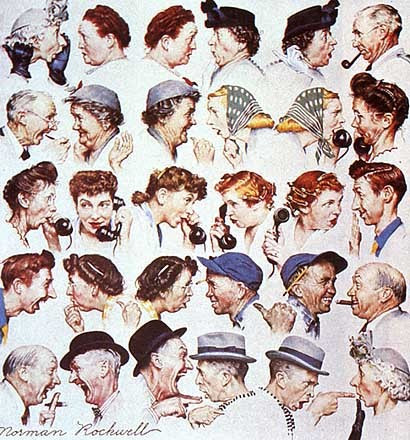 So we are close...or we're not. This guy is getting the job, but wait, he's totally not. The sky is falling! We're going to make a huge splash!


Ohio's Jim Christian involved at BC, but no offer on table and still unclear whether he's leader in clubhouse. Story: http://t.co/tyn4PGdzeh
— Jeff Goodman (@GoodmanESPN) April 1, 2014


St. Bonaventure Coach Mark Schmidt was in Boston area today for his first in-person interview with BC, according to sources.
— Pete Thamel (@SIPeteThamel) April 1, 2014


A new name has emerged as a contender in the BC mix, Ohio Coach Jim Christian. Sources say he's a legit candidate.
— Pete Thamel (@SIPeteThamel) March 31, 2014


I write this with some strong conviction: none of that news came from Brad Bates. This is from the coaches and/or their agents. And even then, I doubt the veracity of much of it.

I can be as unreliable as the rest, but let me share what I know.

1. The Board approved a significant budget for the new head coach. I don't know if that budget is tied to certain candidates. I don't know if there is a closed window on the approval. I also know that having a big budget doesn't guarantee the ability to hire whomever you like, but it leads me to believe BC and Brad Bates have bigger ambitions than the names floated.

2. There have been prolonged discussions with candidates not highlighted by the media. Once again, talking to and actually signing a big name are two different things. We had talks with Bill O'Brien and Al Golden during the football search and nothing came of it. But once again, it speaks to Bates' process.

I don't know who we will hire at this point. Once we actually make a hire, I will give my opinion on the process and the end result. Until then, I just have to be patient.

Best News of the Day:

The Board approved a significant budget for the new head coach

I would go after Howard Eisley - the BC version of Kevin Ollie.

I would seriously consider Gary Williams

JOB retired from Emerson College position, which was taken by BC 'ss own Billy Curley.

I am not buying this the board approved a big budget crap, we were told the same thing about the football search and we ended up with a lower tier candidate. I am afraid we are going to be underwhelmed by the choice. Once again college hoops is about recruiting, you do not even have to be a good x and 0 coach to win in college. This is the reason why none of the great college coaches have made it in the NBA. This is why Hopkins is the only valid option at this point, I think they guy would have instant credibility with top recruits. I just dont see one of these mid major guys attracting top level recruits. Didnt we just go through this for 4 years with Donahue, wake up and smell the coffee.

There is zero chance that the Board approved a substantial budget for the hire. None. Because if BC had a substantial budget for the hire, it could attract a coach that other schools actually wanted. Instead, we are keeping up a very long streak of hiring head coaching candidates for our major programs who would not be hired by a single other BCS-conference school. Football: O'Brien, Jags, Spaz, Addazio -- all of them would not have been hired at another school at the time they were hired. Basketball: Jim O'Brien would not have been hired anywhere else; Skinner might have been, particularly had he stayed to coach his URI team for one more year; Donahue is the exception, he could have had a handful of major jobs; and now Christian who voluntarily left a major conference school to take over a program set up for success where he has yet to find any.

BC is pennywise and pound foolish. Save money in the short term and lose. Go Eagles.

BC Eagle74 Fort Worth said...
This comment has been removed by a blog administrator.
11:45 PM

6 seniors who have proven that they are not acc caliber players, great I cant wait for the season to start. You have a great blog atleagle, but this whole they have authorized a big budget on a coach is old and laughable. It is like telling your wife that you will take her out to dinner anywhere she wants to go and she chooses Chilis!