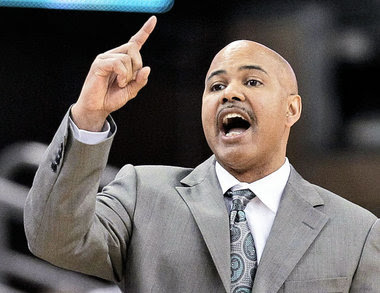 After some initial reports, Vega confirmed with Christian that he added former Arkansas and South Florida coach Stan Heath to the staff. Heath fills the open position created by Preston Murphy's departure. On a very basic level this is a great hire. We replace a young assistant with an experienced major conference coach. Christian fills an open spot with a former boss (which I always take as a sign of respect between the two). Hiring Heath also speaks to a decent budget. BC won't release Heath's salary, but I doubt he came cheap.

There are of course questions related to the Heath hire. Can he recruit to a school like BC with tougher admission standards? Can he recruit New England? Does he have the young energy that enabled Murphy to relate to recruits?

As much as the Murphy departure worried me, this sort of move calms my nerves a bit. Sometimes personalities just don't mix. If Murphy and Christian weren't on the same page, it is better to address it early than late. I assume that Heath and Christian will work well together. The roles are reversed, but they had success once before. Even if Heath is not as effective as Murphy on the recruiting trail, a united staff is ultimately what Christian needs. There will be bumps ahead and by adding Heath he gets a trusted sounding board, who will hopefully lead BC back to success.
Posted by ATL_eagle at 6/15/2015