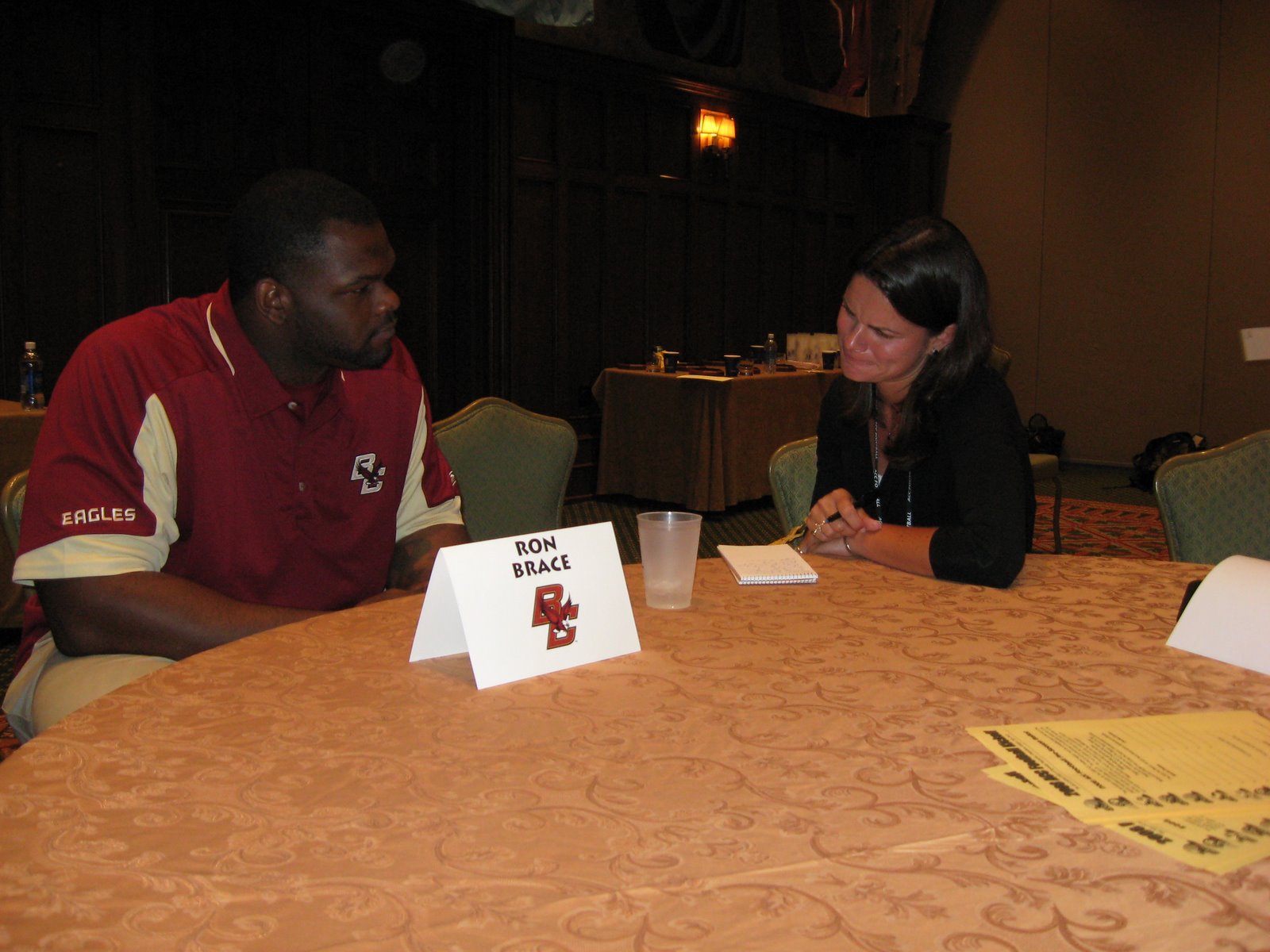 The nature of my location doesn't lend itself to much face-to-face interaction with active BC players. Ron Brace was one of the few I met and interviewed. If you are BC fan, you know that Brace died this weekend at the age of 29.

I have a hard time of making sense of much of life and an even worse time with death. Dying young like this is a tragedy because he had so much time ahead of him and clearly many teammates and friends that will miss him. I pray for those people.

When I interviewed Brace, it was summer 2008. We discussed Raji coming back from his redshirt year and Brace lit up talking about the potential the team had and how he and BJ would compliment each other. He had a smile describing it...like he knew something no one else in a room full of ACC Football people knew. Of course he was right and the 2008 Defense destroyed teams all year. It was one of the most special seasons I can remember and easily the most fun season to blog about.

I don't know what football meant to Ron Brace or what he felt after his playing days were over. Hopefully he realized he was part of something special and gave thousands of people joy. There is no explanation for why something like this happens to someone so young, but there is clearly proof that Brace made an impact in his short life.
Posted by ATL_eagle at 4/24/2016

Tragic - rest in peace Ron. Seemed like a very decent guy based on interviews. When these big guys leave the game (and the conditioning regimen/medical monitoring that goes with it)they have to drop that weight.

any reports as to what happened?

I was at BC the same time as Big Ron Brace. My freshman year, I had my little brother visit for a few days. He was 8 and loved football. One night, we went to Late Night at McElroy. It was late in the year, maybe April. McElroy was mostly empty. My little brother was eating fries and chicken fingers at one of the round tables in the corner by the TV. I got up to get something to drink. When I came back, Ron Brace was sitting at the table, just my brother and him, talking. My brother told him he wanted to be like him, to play football in college. Big Ron Brace told him to work hard and he could do it. They talked for 5 or 10 minutes. Big Ron gave him a hug and signed his SuperFan shirt before he left. My little brother still talks about that meeting. Big Ron was a good man.

Mod,
Did the police say anything about his internet activity? Was he an avid reader of your posts?