I was probably wrong about Bruce Pearl 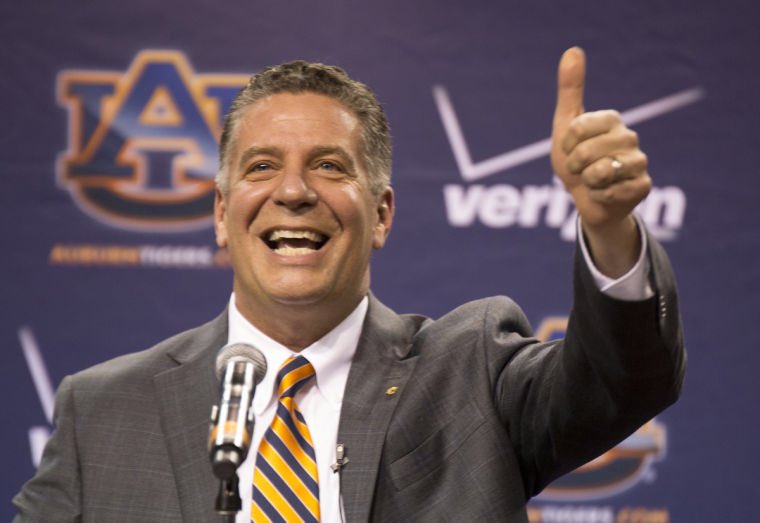 For years I dreamed of Bruce Pearl returning "home" to his Alma mater as Boston College Head Basketball Coach. I knew it would never happen. First, the timing was never right. When the job opened up after Skinner, I knew Pearl would not take a pay cut to leave Tennessee. When it opened up after Donahue, I knew his NCAA show clause would be a non-starter with BC's Administration. Yet during both of those windows, I would have gladly taken him. I would have overlooked his shady reputation for the chance at him winning big at BC. In hindsight, I realize now how wrong I was. College Basketball is a corrupt cesspool where nearly everyone is dirty, but Bruce Pearl is clearly an elite level rule breaker and his unwillingness to cooperate with Auburn is just another example that he is more trouble than he is worth.

Now I know Pearl has every right to protect himself. His former assistant Chuck Person facing federal charges. If I were Pearl, I wouldn't talk to anyone from the FBI to the NCAA without a lawyer present. However, Auburn is his employer and he is under contract. I am sure there could be some lawyer supervised cooperation that he could contribute. If history is any indicator, he is going to get a big payout when Auburn gets around to firing him. He is probably not going to get another college coaching job in his life. Why not be gracious and cooperative on your way out the door?

As I have written a lot lately, I don't think BC is perfectly clean in all of this. But now I understand how Pearl would never have been welcome as Coach. BC might be place where we look the other way on small issues, but we were never going to let someone like Pearl do his own thing and take down whoever is around him. College coaches tend to be a self-centered bunch, but Pearl is only thinking about Pearl and that hurts all the coaches he employed, players he recruited and the University that paid him. BC is lucky that after he left, he never came back.
Posted by ATL_eagle at 11/08/2017

Yeah, last year looked like Auburn might break back into the Top 4 in a weak SEC, but they faltered due to poor execution. This year, the SEC is looking a little stronger, but the top teams have all taken a step back. Auburn was in good position to make a run, then this sideshow. He just can't git right. Fuck him for dropping a perfectly good BC team in the first round while he was at UWM.

Never wanted him. Never understood your thing for him. He’s a used car salesman only worse.

To cooperate in the investigation you need to be able to telll the truth. The truth probably is not helpful to Bruce. Bruce’s cell phones and computer have already been seized by the FBI so ‘ol Bruce might be a little worried about saying too much

Is any of this surprising about Bruce. Of course not

If it's true that he is not cooperating with Auburn's reasonable internal investigation - he should be fired or suspended without pay immediately - and Auburn can probably terminate his contract for breach without paying him anything. Have to question whether he would be that stupid. But if he approved or had knowledge of the Person activity - then he is beyond stupid and probably has a major screw loose. I wanted him here as well - I thought a guy from BC would be a bit more savvy than this. Will have to see how it all plays out.

I'm going to be serious here. Pearl should be consulting with his attorneys as to whether he should cooperate with the Auburn internal investigation. Given the FBI sniffing around and Person getting arrested, the answer's probably "no". Auburn's interests diverge from Pearl's, and they don't necessarily focus on the "truth".

Pearl has the right to protect himself from self-incrimination. That doesn't just mean refraining from telling someone he has broken the law, but rather refraining from saying things that can be portrayed as breaking the law. Auburn in turn has the right to terminate his contract. Pearl then needs to weigh whether termination is a worse impact than what happens if he does talk.

The U.S. Code is enormous, as we all know. The mens rea standard, or standard for criminal intent, varies widely across the code. Thus, the USAO could prosecute Pearl even if he he did not know he was doing something "wrong", by finding a passage that does not require intent and by shoehorning evidence to capture that charge.

Person, indeed, can provide that "evidence" in a plea agreement. Anything Pearl says to Auburn has the potential to be discoverable, and can be used to craft an indictment regardless of whether Pearl actually intended to commit a crime, had any knowledge he was committing a crime, or in fact did not even commit a crime.

If I'm Pearl and I have enough money to survive, I wouldn't take the chance, regardless of whether I'm "innocent" or "guilty".

He should be praised for giving us one of our 2-3 solid wins of the season. Don't anyone think that was abberation for a second.

Auburn knew what they were getting. So the BS about bringing done a university is just that, BS.

What is always interesting to me is that schools break the rules aggregiously and still suck. At least UNC, Duke and Kansas win.

I would rather be terrible like we are than cheat and suck.

Why do you think nobody wants the job and Christian is the coach. No wiggle room with the rules by the school.

When the stiff coach at Richmond came up here and turned us down you knew something was going on.

Now under Larmond with his Ohio State deviant connections you might see us ebb towards rule bending.

Tom Crean ought to be hired immediately.

I really like your blog commenting tips thank you very much.Its contents on sports and health are a great source of information for my blog http://deporteysalud.eu/
Deporte Barcelona

I'm looking for a few bugs in my post. But I think I should have someone look and point out it.
http://colorswitchplay.com