Hafley gets off the Coaching Carousel 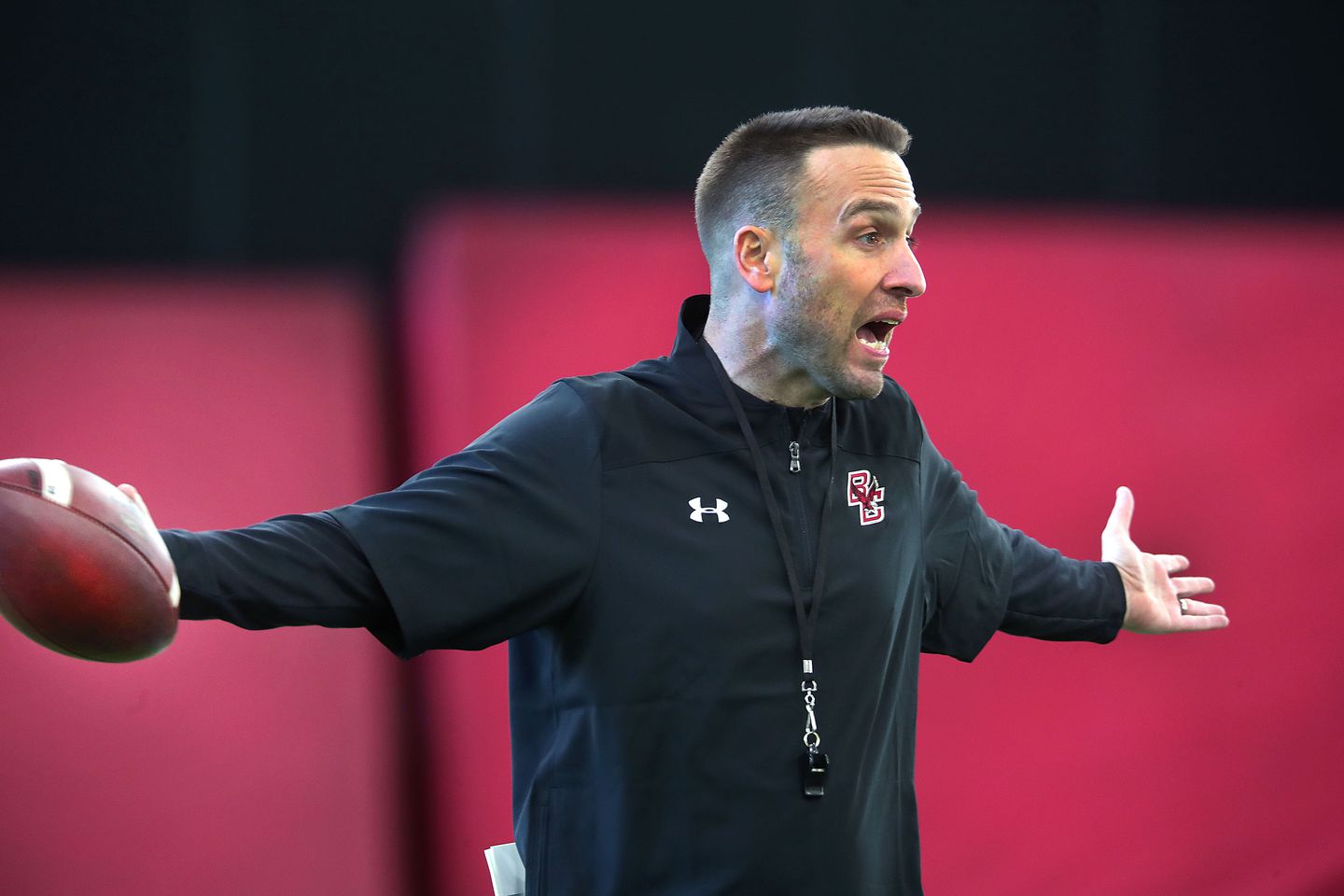 After a season of speculation, Jeff Hafley finally addressed the coaching world gossip. When asked, Haf said: "I do not plan of leaving. I plan on being here a long time." And with that we are assured of Year 3 of Jeff Hafley at BC.
I am glad Hafley is staying. For all my frustrations with how this season played out, I still feel strongly that he will succeed at BC and in the rest of his coaching career. The parts of the job that might be more innate -- relating to recruits, seeing talent that others might not see, and clock management -- Hafley has. The parts that primarily come from experience (managing a staff, roster management, making in game and in season adjustments when things are spiraling) will hopefully improve. Based on his work ethic and personality, I still have faith in Hafley. I think this year was a learning experience. Year 3 will tell us everything.
But amidst all the talk, I wasn't bothered by any of it. Lots of it is speculation. Much of it comes from agents trying to drum up interest or new deals for their clients. Sometimes schools will leak targets to get some public vetting done and to gauge their fanbase's reaction. I was told the Washington and USC chatter did not come from Hafley's reps. (I don't know if I believe it.) But it doesn't matter. He is not getting the USC job and closed the door on the Washington job.
But I wasn't bothered by this talk because I never expected Hafley to be here long. When you hire young, ambitious, charismatic people in this profession, you can't count on them staying long. Maybe you will get the lifer but more often than not you will get the guy who is looking for the next challenge and the next payday. That is just the nature of the profession. Maybe one day BC will have its very own Beamer or Bowden, but I don't see Jeff Hafley as that guy.
Now we get to see if Hafley can be something special. I hope he is and if he is, there will always be some speculation. But in general, I will take that trade for attention getting success.
Posted by ATL_eagle at 11/28/2021