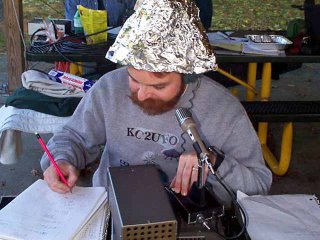 An unidentified BC fan on Selection Sunday in 2003

With the win, BC has pretty much locked up a NCAA Tournament bid. However, any real BC fan knows that we are going to get screwed by the selection committee. Rational people will say past slights were due to our schedule, RPI, our finish…whatever. We really know what goes on behind those close doors. The committee gets together and says “can we keep BC out?” In most years we make it really hard. We are either unquestionably deserving or below .500. If we are on the bubble, the only thing you can count on is an NIT bid.

If the committee has to let us in, then they go out of their way to underseed us, put us against the same teams over and over, or put these “neutral site” games into defacto home games for our opponents.

Since many of the usual suspects that always end up in our immediate bracket are out or nearly out (Georgia Tech, Indiana, Utah, Kentucky, etc.) the committee will have to get more creative in the way they screw us. Here are some of their early plans. And even though BC is bound to be underseeded, we will still have to be at least a 7. A 7 means a lot of the committee’s machinations won’t happen until the round of 32.

Put BC in a huge disadvantage road game. I know with the new “pods,” the games are less neutral, but look for any of these uphill battles for BC: Texas in Dallas. Villanova in Philadelphia. Ohio State or Cincinnati in Dayton. Michigan or Michigan State in Auburn Hills. Utah St in Salt Lake City. UCLA in San Diego.

A storyline game. This is were BC becomes the sacrificial lamb for a good story. Last year it was facing BC alum Bruce Pearl. This year don’t be surprised to see BC vs. Tennessee or Pearl Part II.

Big East revenge game. The Big East is seemingly going to have 16 teams in the tournament (if BC was still in the Big East the number would only be 15) so saying we are bound to play one of them is not a stretch. But my money is on a “bad blood” game. So I don’t expect us to face any of the basketball-only schools, or one of the newbies from Conference USA. No, we will face a school that sued us like Pitt, West Virginia or inevitably UConn.

You’re not paranoid if everyone is out to get you. You may think I am crazy, but after I am proven right on Selection Sunday, you’re welcome to come and watch BC’s opening game in my bomb shelter. Just bring some canned food.

I'm really hopping that the move to the ACC helps us not get screwed over yet again.

The way the hoops team got shafted the past few years was really one of the things that got me so excited about leaving the Big East.

Problem is if you look at our profile it's al ot worse this year than it's been in the past. Personally I'm just hoping we stay above a 7 seed to avoid a second round matchup with a 1 or 2 seed (which we should if we don't collapse).

And let's face it this team can play with anyone and lose to anyone. It all depends on what kind of attitude they show up with.

Awesome. It is amazing how some people come up with cool blogs. Very good post. I have been searching for this post since many days. Now I have implemented the same for my site.

I like your style of writing. You break it down nicely. Keep these informative posts coming!