State of the Union, pics and an apology

Despite two weeks of uneven play BC has moved into the Top 10 of both polls. I think many fans are excited but a little nervous. I’ve spent a lot of time thinking about the UMass game and our ranking. I hope this provides perspective, but remember I am just a fan so my opinions really have no effect on what will happen. (However, as you’ll read at the bottom of this post, you'll see how my actions may be hurting the team.)

Rankings. Don’t worry about them. They really do not matter. “Will the team handle the pressure?” “Will teams be gunning for us?” None of it matters. BC is in a BCS conference. If we go undefeated we have a very good chance of playing in the national championship game. I doubt more than two teams will run the table. If three teams run the table and BC is one of them, we have a very good chance to leap frog into the top 2. Follow me on this: there are only five teams ahead of us in coaches ranking (AP is not used in the BCS formula). Four of those teams play each other (Ohio St-Wisconsin and USC-Cal). So at most there could only be three teams ahead of us. However the Big 10 and Pac 10 DO NOT have championship games. That extra game, its extra boost to the strength of schedule and the impression it leaves on the voters is huge. There would be outrage if BC passed big names like USC or Ohio State in the BCS rankings, but it could happen. BUT and this is a huge BUT, I don’t think there will be more than two teams undefeated and I don’t even want to think about BC being one of them. It is way too early.

The ACC. The ACC showed this weekend that it is still a good conference. BC can win the ACC, but we are going to need to play much better and still have a few things break our way.

Ryan for Heisman. The media attention is nice but Ryan has not played like the nation’s best player the past two weeks. He’s fortunate that no one has really seen his recent performances. He’s also fortunate that the field is still wide open. For Matt to win, BC is going to have to keep winning. If we lose twice, he’s done.

We’re 5-0. It’s nice but it means nothing. We are not even bowl eligible yet. So let’s use the old cliché and take it one at a time.

Pics
Here are some great shots from Chris K. 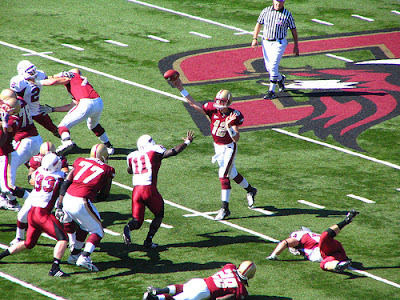 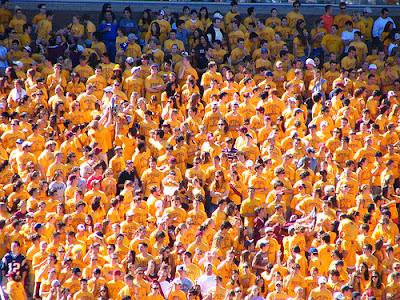 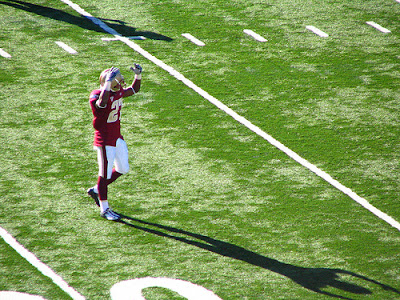 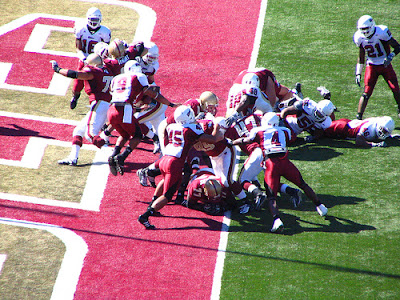 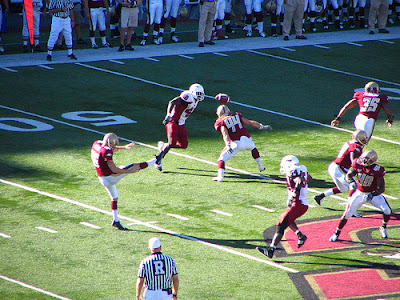 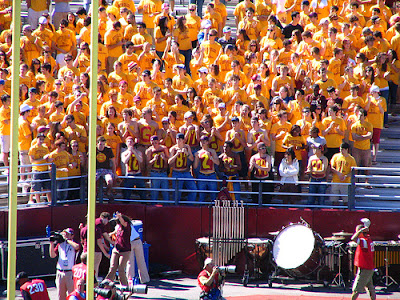 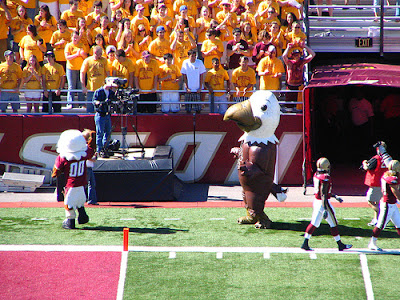 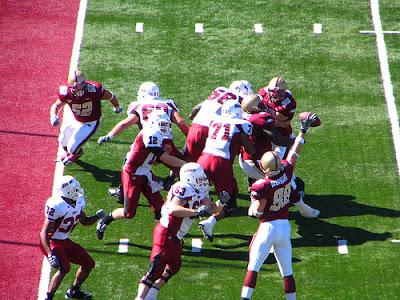 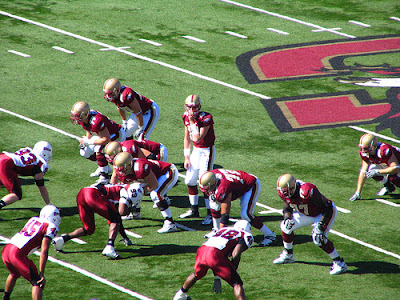 An apology
Finally, I know why we haven’t looked crisp the past two weeks. It’s all my fault. I didn’t realize it until today. Take a look… 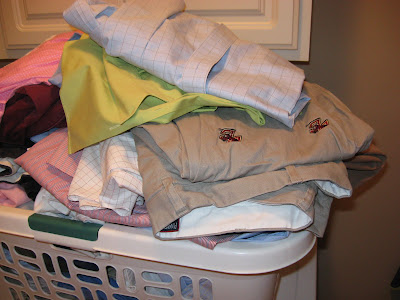 Those are the stadium pants folded in our laundry basket. They’ve been there since the day after the Georgia Tech game. The first three games I wore the pants and the team rolled. The past two weeks they’ve been waiting for an iron while I wore shorts and a BC t-shirt. What kind of fan am I? How could I mess with a good thing like that? I screwed up our mojo and I should know better. I’m sorry. Don’t worry. I’ll be in the pants at noon this Saturday.
Posted by ATL_eagle at 10/01/2007

Email ThisBlogThis!Share to TwitterShare to FacebookShare to Pinterest
Labels: pics

According to today's Boston Herald, Jeff Smith's been cleared to practice & will likely be returning kicks against Bowling Green.

The Heisman race is influenced by Ws and Ls just as much, if not more, than statistics alone. The only person that's won the Heisman without playing in a BCS bowl was Ricky Williams (since the BCS has been around, anyhow). The Heisman has more or less become the MVP out of the teams that play in the BCS games.

Hopefully, though, Matty R. can pad the stats against ND and BGSU. But bottom line, if we keep winning, he'll get more pub re: the award. Agree that if we lose 2, he has no shot.

But the field is wide open this year ...