The other ATLeagle looked very good in his debut 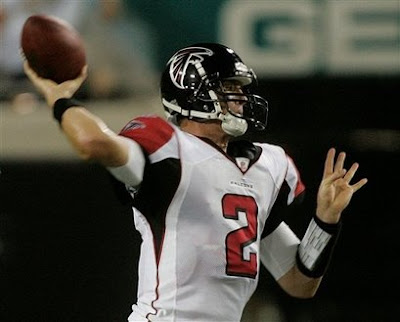 I am still not used to seeing him in the red and black.

For those who missed, it Ryan made his NFL debut Saturday night. As expected he was a little off with his first two throws and then settled in for a solid few series. The most impressive aspect to me was his relative calm. Jax jumped offsides a few times and Matt was stripped in the motion of throwing. Each time there was a breakdown, he reacted properly and made the smart play.

He looked so good, even his biggest critics are coming around.

Email ThisBlogThis!Share to TwitterShare to FacebookShare to Pinterest
Labels: Matt Ryan is a Falcon