Congrats to Tony Sanchez. Selected by the Pirates fourth overall, Sanchez is now the highest pick in BC's history. After all the controversy about overuse and misuse, BC's hero from Austin Mike Belfiore was selected 45th overall to Arizona. 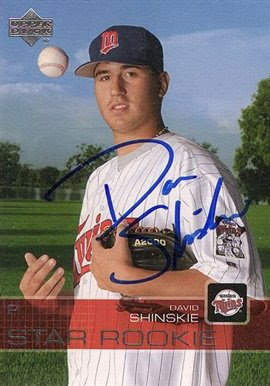 HD got some quotes from Shinskie and his high school coach. Needless to say, the coach is effusive in his praise and Shinskie as a recruit. He also echoes many of the things we've all been saying about an older player -- (better work ethic and physical maturity). The unsung hero in this process is Tight Ends coach Dave Brock. It was his relationship and network that put Shinskie on BC's radar.

UConn fans are still clamoring for a game against BC. As long as Gene is around, we can all forget it.

Former Eagle Matt Meyer is moving up through the Indians farm system.

If the UCan't Laptoppers wanted a game against BC, they should have thought about that before suing the school and the AD personally.

We helped them get into the BigEast in the first place, they should still be thankful for that.

Playing UCan't is a lose-lose for BC. If we continue beating them, it's expected. Should we ever actually drop a game to the Puppies, it would be proof that UCan't is now the best program in New England and BC is all washed up.

Plus frankly, I have zero desire to go watch a UCan't game at Ratskeller field among a sea of UCan't douchebags. I'd just as soon play UWV, because at least if you beat the sister-lovers, you're beating a team that's done something and is occasionally noteworthy.

Some sort of terrible mistake has been made. Tony Sanchez couldn't possibly be the #4 pick in the MLB Draft because he went to Boston College! Pittsburgh's GM must have told the intern that they would draft Sanchez in the fourth ROUND, and the intern thought he said the fourth PICK. The intern didn't know that Boston College players don't go #4 in the draft, and the Pirates were too embarrassed to correct the record. Hey, it happens.

I know this must have happened because I have learned well at the feet of the Massachusetts high school and AAU coaching fraternity. How can you do anything in the pros if you went to Boston College? How long have the Massachusetts high school coaches and the AAU coaches worked "for the kids", helping them to get beyond the limitations of a Boston College education so that they can ply their trade at places worthy of their talent, like Georgia and Michigan.

What opportunities exist for other Massachusetts recruits if their predecessors do something stupid like attend Boston College? The Massachusetts high school and AAU coaches make supreme sacrifices for their kids. The greatest, of course, is to leave their families for weeks in the summer to take rewarding positions at the factories' summer camps down South. It takes a special kind of coach to sacrifice family time in order to promote his players one-on-one to the lions of the NCAA coaching ranks. Meyer. Weis. Garrido. Zook. Calipari. How on Earth are today's 8th graders going to escape the state if guys like Sanchez and Belfiore (& Ryan, Dudley, Smith, et al. before them) show such selfishness as to value "education" and yet somehow wind up in the pros? What kind of message does that send?

All because some intern didn't know better. Sad. Very sad.

Haha, Tim Floyd resigns. Too late, but, I feel vindicated! A little...

For those of you who don't know, Observer (also known as Observer-College on the ESPN boards) is a highly-entertaining (and probably mentally-disturbed) clown who kisses the feet of Chubby Charlie Weis and all things ND. For obvious reasons, he has major BC envy.

According to the Bud Selig, BC is in Chester Hill, MA. And all these years, I thought it was Chesnut

I hope we NEVER play UConn ever again. They handled themselves terribly, dragged BC through the mud - especially Calhoun. I root against UConn every single time, no matter what sport or who their opponent is.

I went to the last game we played against UConn at their place, and would think long and hard about going back should we ever schedule them again. I actually felt threatened enough by their very drunk, very belligerent fans after the game that I removed by BC cap on the way to the car. Good times.

When it comes it to anything except BB, UConn has a huge inferiority complex, as well the should