Lonnie Jackson out for the year 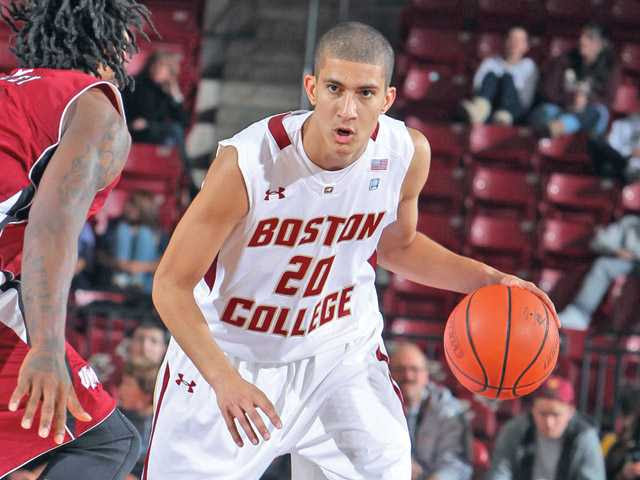 Lonnie Jackson was one of the first Donahue holdovers to impress Jim Christian and the new staff. Aside from the weight they wanted him to put on, he was poised to be a contributor and leader of the new team. An injury derailed that. He missed the beginning of the season and after a few brief appearances will miss the remainder of the season with the same leg injury. While unfortunate for this season, this is not terrible news for Jackson or Jim Christian's rebuild.

Jackson will apply and should be granted a medical redshirt. That gives him one more year of eligibility and helps correct the major roster imbalance that BC still faces. With Jackson returning, he and Dennis Clifford would serve as the senior leaders of next year's team. If Hanlan returns and they pick up a few more transfers, BC would have an experienced roster and some versatility among its seniors. The extra year also gives Jackson a chance to bulk up. The new staff liked him a lot and felt his frame was the only real drawback to him seeing lots of minutes.

Jackson is a role player. He could have helped this year, but not enough for BC to be a tournament team. Coming back next year, healthy and ready to play could ease Christian's transition and help BC avoid the bottoming out that usually occurs with mega classes and coaching turnover.
Posted by ATL_eagle at 1/05/2015

Will he come back tho? Will have degree, from Cali, new regime doesn't emphasize 3 point shooting. I hope he comes back but wouldn't shock me if he plays his final year elsewhere.

The chance of Hanlan coming back is about the same as the temperature outside right now. It is moving toward "below zero". The "student-athlete" in college athletics is dead. How many of the graduate students (Murphy and the total offensive line) will ever cast a shadow in the library now that the season is done? Even BC has joined the academic joke factory. Matt Leinert won a national title at USC while serving as a grad student majoring in dance. He took 6 hours of "ballroom dancing". Once the season was done, he went out and continued his Johnny Manziel impersonation. That was why he never made it in the pros. He was a "party time Charlie" just like Joe Montana. The difference was that TD Joe could perform while drunk both on the field and in the sack. Flutie just happened to have a few ethics. That is the real reason that he couldn't make it in the NFL. He couldn't generate enough publicity. No one wants a leprechaun even with a cannon arm if he can't drink you under the table.

You may well be right about Hanlan, but your rant about BC being an "academic joke factory" is crazy.

Murphy apparently completed his Master's before Christmas. Our graduation rate is consistently among the best in the country; while the men's basketball grad rate isn't as high as other sports, it is still quite respectable.

The reason Leinart never succeeded in the pros is because he actually wasn't a very good quarterback to begin with.

I hope Jackson comes back - he's a good kid and contributor.

BC basketball is a total wreck - both men's and women's. But basketball is much easier to fix than football. Bates has to be all over the progress on hoops recruiting. I don't think the women's coach has it - he should be moved out next season. The men's program just needs a breakthrough on one or two special big kids with inside skills.

I don't see this as a big deal one way or the other. The spot Lonnie plays is easy to fill. Nappy is more on point w/ the need for bigs. Speaking of which, how come we've yet to see Dialo?

Saw on BCI that it is expected that Xtian will soon announce Diallo out for the year as well.

Hanlan's chances of playing NBA ball next year are also about the same as the current temp in Boston.

Thanks for the info. Agree w/ you completely about O