Porter Moser: another guy everyone mentions 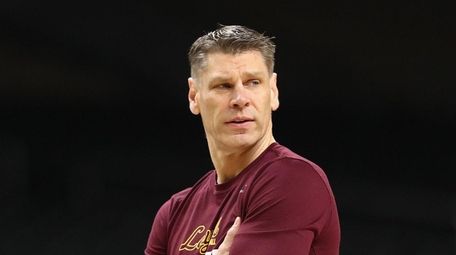 As soon as BC hired Pat Kraft, speculation kicked in that this meant BC would eventually hire Porter Moser to replace Jim Christian. The gossip made sense. Christian entered the year a lame duck and Moser seemed like a perfect candidate...who also had a history with Pat Kraft. (Kraft worked at Loyola-Chicago prior to Temple.)

There is a lot to like about Moser. However, I do have some concerns. There are parts of his profile that remind me of Steve Donahue. While that might not be fair, I will explain the comparison.

Moser took Loyola-Chicago to the Final Four. Even if it was just lightning in a bottle, that accomplishment will always be impressive. If you include his CBI win, it speaks to an ability to coach his team through unique matchups and a good grasp for strategy and Xs & Os. He would come to BC with a long record as a head coach. While not perfect (Illinois St. fired him after three out of four losing seasons), he has been competitive at every stop and built a really good program at Loyola. He played at Creighton and coached at Loyola, so he understands the Jesuit community and would seemingly be comfortable at BC.

Like Donahue, Moser has won with a very specific blueprint that works great at Loyola but would have to undergo major adjustments at BC. He currently recruits heavy in the Midwest and has had most of his success with tweeners and under the radar guys from Illinois and Indiana. (His current roster has three southerners, two international and the rest from the Midwest.) That is great for him and clearly a great model for Loyola-Chicago. However, BC is a different pitch. While we have also thrived with under the radar types, we need guys with a bit higher ceilings and we usually have to recruit nationwide. If Moser comes to BC, he can't make the same mistake Donahue made of thinking he can out scheme the ACC talent with a roster constructed like his old ones.

If Moser ends up being the hire, it would say a lot about the faith Kraft has in him. That would be a nice endorsement. I hope they have the type of relationship -- and Kraft understands BC enough to help his former colleague adjust his midmajor, midwest model to Boston and the ACC.